WordPress and the Future of Web Development: Is it a Dying Platform?

WordPress underwent groundbreaking changes with the rollout of WordPress 5.5 in August 2020 and the recent major release of WordPress 5.6 “Simone” just this December 8, 2020. The latest development features an all-women squad heading the release.

When the WordPress 5.5 squad was announced in May of 2020, it was also announced that an all-women squad would be shadowing the 5.5 crew to help learn the release process. But amid all these exciting developments, experts still do wonder if WordPress still stands as the best content management system (CMS).

Changes that Came With the Recent Updates

There’s no question that the WordPress team worked incredibly hard to make WordPress what it is today, and they all did a great job considering the minimal development time between updates they had to work with.

Here are some changes implemented:

However, for the most popular CMS that powers about 39.3% of all websites, not rushing the new update development could have been better. Their dominance as a CMS platform is not foolproof.

The best digital solutions for businesses often spring up from augmenting unsatisfied customers who are not met by leading or current providers. That is also how it is for technology.

The Gutenberg YouTube built-in block also doesn’t function on certain pages. It is not acceptable to know that WordPress is the top CMS platform today.

However, Joost de Valk, founder of Yoast, mentions that phase 2 of Gutenberg also rolling out this year will replace widgets and menus with blocks. Also, WordPress is updating its minimum PHP requirements, which is good news for developers.

Aside from this, there are more reasons why WordPress will continue to dominate in 2021.

10 Reasons Why WordPress Will Remain a Strong CMS Platform

1. The Release of WordPress 5.5, “Eckstine,” Has Been Downloaded More than 65 Million Times

The download counter at WordPress.org shows a staggering 65 Million-times downloads for WordPress 5.5. If the WP community were that disappointed by past versions, then Eckstine would not have made headlines.

Remember, these are not the number of active WordPress websites but the current version active and historical (because a new version has been released) download numbers. It does not include download counts for the previous WordPress versions.

2. There is Still Room to Grow in WordPress

Despite being the most popular CMS, the WordPress platform leaves room for more creativity, innovation, and development. The current release of 5.6 by an all-women group shows that development is heading in an exciting direction.

Furthermore, WordPress 5.6, the latest release, significantly increases the number of downloads every day, and at the time of writing this post, there are over 5 million downloads. Keep track of downloads via the download counter at WordPress.org.

Its community also continues to thrive and caters to users, both beginners and professionals alike. The market share of WordPress also increases year by year.

3. WordPress is Available in Over 100 Languages

The fact that WordPress is accessible in so many languages sets it apart from other platforms.

WordPress remains the fastest growing web publication software, and Google Trends shows that keywords from WordPress rank higher than competitors such as Drupal, Blogger, and Sharepoint among search engine queries.

It means blogs and websites powered by WordPress get more leads and draw more traffic.

5. WordPress Has Over 20 Billion Page Views and 400 Million Viewers Monthly

WordPress handles an enormous amount of traffic daily. Its record was in 2016 when it got 187 million page views on election day.

6. WordPress is an Open-Source CMS with Several Contributors

The WordPress CMS platform is one of the largest open-source projects in the world, with a growing number of the best of the best contributors globally.

7. WordPress is Under the Hood of almost 12% of the World’s Top 10K Websites

Many well-known companies worldwide such as The Walt Disney Company, Sony Music, and PlayStation.Blog to name a few, prefer WordPress as their CMS. These companies are among the following Fortune 500 companies.

WordPress has 1,312 employees spread across 72 countries. They can handle 175 million unique visitors with only a fraction of other big internet companies’ employees. Its open-source setup bids well for its 100% remote workforce.

But despite this, they work hard to keep users secure.

WordPress Denied 40% of DMCA Take-downs – WordPress allows users a lot of freedom of expression and uses, edits, and distributes the app in many ways.

There were 70,968 DMCA takedown notices from January 2014 to June 2019. Part or all of the content of these websites has been deleted. In its Transparency report, WordPress has published a shortlist of unsatisfactory requests.

WordPress Denied 65% of Information Requests – WordPress submitted 361 requests for information from governments and law enforcement agencies from July 2013 to June 2016. Of the 499 sites listed, WordPress released 35% of the information. WordPress is much more open about such concerns than other CMS platforms.

10. WordPress is a Lucrative Career Opportunity

WordPress can solve many of the problems businesses face online. It’s a safe bet that excellent skills in WordPress can translate into a lucrative career opportunity.

There is a high demand for skilled workers, freelancers, direct hires, and contractors. According to Indeed, WordPress developers make an average of $47,560 yearly.

There are several jobs for a WordPress professional, like writers and editors, web developers and designers, graphic designers, digital marketers, content managers, tech support, and the like.

The Future of WordPress and Web Development

1. Gutenberg Will Continue to Mature

Gutenberg brought more life to WordPress, attracting a new group of users, bloggers, and developers. And although the Gutenberg updates met a lot of questions, WordPress itself will undoubtedly continue to improve.

Phase 2 of Gutenberg replaced widgets and menus with blocks. The minimum PHP and other requirements will also allow developers to accomplish more since blocks will exist outside of the editor’s scope.

WordPress, however, will still maintain that the CMS is backward compatible with all versions of PHP. It discouraged a lot of web hosts from updating in the past. But developers are looking forward that WordPress will also enforce new standards to improve their service.

WordPress has gone through some significant changes aside from the Gutenberg editor. They also have new leadership roles for Josepha Haden and Joost De Valk. The WordPress Governance Project is also gaining momentum.

3. A focus on Collaboration

Developers are looking forward to the WordPress core focusing on collaboration. It could open up a lot of opportunities for new business ideas and also will make WordPress a much more powerful tool for publishing.

A new customizer is on the way that will make web design and content development more dynamic. This new feature is expected to make WordPress a more user-friendly CMS platform, not just for long-timers, but for modern web designers who will be able to use WordPress even more like a pro.

The whole playbook for 5.0 features new installs to encourage engagements from people who think the Classic Editor is too hard. Gutenberg will also be more prominent even in other areas of WordPress and its front-end development.

It will affect themes because Gutenberg is like a renaissance of sorts for themes and theme developers. There will be a decoupling of themes from plugins and content because the theme’s features are within the database through blocks.

We will see more distinctions between the open-source WordPress.org and the commercial part WordPress.com.

Agency projects will be more significant in scope, and more small businesses will adopt the .com side of WordPress.

It will eventually create a definite division from the Open Source side from what is managed by Automattic.

But for page builders that have endured these massive changes, they have and will continue to mature, together with the loyal community around it, no matter what changes have happened to WordPress in the past few years.

In the past, privacy policies were standard only for online sellers. With all the cybersecurity attacks going on, that is no longer the case.

Multi-user editing is already being practiced in different suites for productivity, content creation, CRM, and more. Making the most out of collaborative tools for business is the wave of Industry 4.0 and the digital age. We shall see more apps and digital tools operate this way, including WordPress.

A comprehensive multilingualism feature will be available to WordPress users. These features are brought about by utilizing third-party multilingual plugins and plugins developed by WordPress developers.

There will be 28 major languages supported, which can easily be added via the plugin, namely ATIT Languages Plugin.

WordPress cannot please everyone, but WordPress continues to have extensive development and serve most of the best websites worldwide compared to other CMS platforms.

It provides excellent flexibility, and reliable backups and is highly accessible and secure. WordPress manages security for its users and immediately provides patches for any security issues it encounters.

WordPress has a strong customer support and community of experts and enthusiasts, so whatever wall or dead end you encounter, you can find help and guidance right away.

For these reasons and more, WordPress will continue to dominate the CMS sphere this 2022 and even beyond.

Mayleen Meñez used to work in media before finding her true passion in NGO work, traveling the Philippines and Asia doing so. She homeschools 3 kids and loves reinventing Filipino dishes. She is a resident SEO writer for Softvire Australia and Softvire New Zealand. 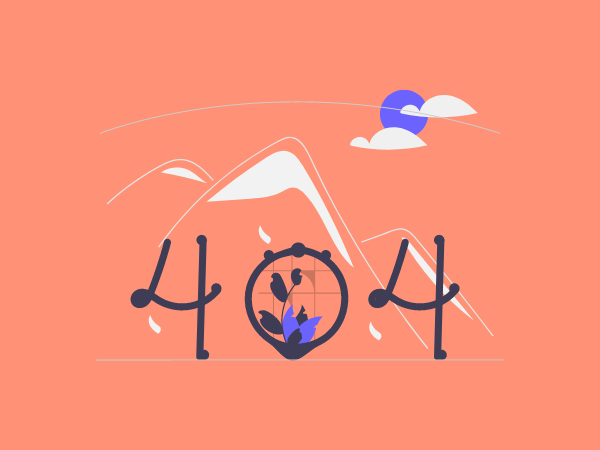 How To Create a Custom 404 Page in WordPress?

WordPress as a Headless CMS – Everything You Need To Know

How to Fix “The Site Is Experiencing Technical Difficulties” in WordPress

Akismet vs. Manual Way: Which Is More Beneficial to Protect Your Website from Spam