How to Prepare Yourself for the New Internet – Web 3.0

Dozens of articles on future trends in the industry are published at the end or beginning of the year. The same trends are often included in all articles and you may be annoyed with the plain repetition of ideas.

However, it proves that the respective trends have the potential to mature and impact the industry.

Every list featuring the major trends impacting our society mentions the rise of Web 3.0. You should take any trend with a grain of salt; a trend may succeed or fail. This is not the case with Web 3.0. It has already affected our lives even though many of us didn’t realize it.

Roll up your sleeves, grab your cup of coffee, and read this article to learn about Web 3.0, which areas of our life will revolutionize, and how to use it to your advantage.

The Internet has transformed society, but it has also evolved over the years. Its evolution plays a subtle but important role in how people use the Internet.

In 1990, nobody imagined how fast the Internet would expand and how websites would look thirty years later. To better understand the Internet evolution, experts divided it into three parts.

Web 1.0 was the beginning phase of the Internet. The idea behind Web 1.0 was the basic sharing of information. The number of websites was extremely low and their design…well, we can’t say that it was a design!

Those websites were just paragraphs of texts and only a few of them included images. To make a better idea, you can call Web 1.0 a read-only environment.

Right now, we are at the end of the Web 2.0 era; it began in 2005 and started its decline in 2020-2021. Some experts say that we are still in the Web 2.0 phase. While they may be right, what really matters is that a paradigm shift is around the corner.

Web 2.0 is a read-write environment that has attracted billions of people through its interactivity. We created our first social media accounts, made online purchases, and launched blogs in this era. The Internet became accessible to more and more people.

Sadly, the Internet is rather expensive and inaccessible in some countries.

However, it’s safe to assume that in a few years the Internet will be globally affordable. You no longer even need a computer to access a website—your handheld device is enough to browse the web.

Social media is one of the most notable achievements in Web 2.0. It facilitates the interaction of the people in unbelievable ways. People who live on different continents and time zones may communicate through their mobile devices, instantly and pleasantly.

Everyone is delighted with the huge possibilities of interacting with people and many other benefits of the web.

Still, the current state of the Internet has some major weaknesses. Centralized format, data breaches, unfair financial compensation, the lack of privacy, and non-autonomous governance are the most important issues.

We will dissect each weakness separately, but before that, you should meet the new kid on the block—Web 3.0.

Web 3.0, also called Semantic Web, refers to a significantly improved, personalized, secured, and decentralized Internet. Blockchain networks are the core of the new web. These are new ways of storing information in a way that doesn’t allow hacking.

A blockchain includes a digital ledger keeping track of all transactions; all the computing devices and the transactions from that network are stored in that ledger.

The blocks store transactions that are recognized by all participants. Servers, or centralized units, keep the site or apps files. Blockchain technology keeps them on decentralized networks.

You are right to raise an eyebrow because blockchain and cryptocurrency are hype terms. It wouldn’t be the first time you hear about revolutionary technologies that will fade as fast as they appear.

However, a few facts about blockchain technology should convince you to take a closer look at it:

Web 3.0 and blockchain technologies are in the very early phase of adoption and there is much room for improvement. As I previously emphasized, Web 3.0 intends to resolve some annoying aspects of Web 2.0.

Let’s see the problems that Web 3.0 promises to resolve.

It’s not a surprise that Facebook, Apple, Twitter, Google, Amazon, and other big tech companies have grown exponentially during the Web 2.0 era. These companies have created iconic services and products. More and more accusations are surfacing related to the practices of these companies.

There is a harsh debate about the monopoly of these companies and how they unfairly treat competitors. This subject is beyond the purpose of the post, but there are some clear indicators that these companies have accumulated too much power.

Web 3.0 proposes a decentralized format of the Internet, which would limit the influence of big companies. It doesn’t mean those big tech companies will disappear; it’s just a step further to an open and free environment.

Blockchain technology limits or excludes the existence of players making decisions for the community. Rather, the blockchain whitepaper influences how decisions are made. In most instances, users vote on the roadmap and major decisions of the blockchains.

Anyone who wants to hack an app or site has to break into the server hosting the files. There are multiple ways to get access—a zero-day vulnerability, a weak password, or malicious code.

However, the end goal is gaining access to the server. A huge advantage of a blockchain is that there is no server to store the infrastructure of an app or website.

A cybercriminal would need access to more participants of the network to penetrate a blockchain service. Taking into account a large number of participants, it’s a near-impossible mission, even for the most skilled cybercriminals.

Big tech companies earn astronomical amounts of money through their audiences, but users don’t get any payment. Many people consider this fact quite normal. To some extent, it’s normal—you can’t be paid just for scrolling on Facebook.

However, it’s not fair that Facebook earns millions of dollars for displaying ads in your feed.

Web 3.0 tokenizes the online experiences. Apps based on blockchain technology allow rewarding the users with tokens (virtual coins). Additionally, you have already had thousands of projects to invest money in and earn digital coins.

You won’t get rich playing games, but Web 3.0 is a bigger step towards earning money from your online activity. For instance, play-to-earn games are based on blockchain, and these promise to reward the gamers.

Web 3.0 takes your privacy seriously. Blockchain technology no longer needs your personal data for you to access services and products. Your identity is hidden—you are just an anonymous block within a colossal collection of anonymous blocks.

Imagine that no companies will handle your personal data, so scandals like Cambridge Analytica won’t happen.

Decentralized autonomous organization (DAO) is a term you will hear much more frequently in the next couple of years. In plain English, DAOs subtly transform your status from “user” to “participant.” Users are mostly passive, while participants are mostly active.

DAOs aren’t only a modality of forming a community, but also a new approach to doing business. It implies the active participation of all members of an autonomous organization.

A business based on a DAO is more transparent, implies active participants, and is more loosely structured. Sooner or later, you will get involved in new companies based on the DAO approach.

How to Prepare for the Future

Recently, the company Facebook rebranded itself as Meta—another sign that Web 3.0 is approaching. Indeed, technology is in the incipient phase and plenty of changes are going to happen.

No matter if you are an online entrepreneur, content creator, developer, or hobbyist, you should prepare for the ongoing changes. You’d better spend some time studying blockchain technology and other Web 3.0 initiatives. In the worst case, these are all fads and you wasted some precious time.

However, in the scenario that Web 3.0 comes into existence, you will have a strategic advantage by being an early adopter of the new technologies.

Start by learning the ins and outs of blockchain technology. Skilled YouTubers uploaded hundreds of hours of courses explaining the entire technology on their YouTube channels. Check the online learning platforms for better-structured classes.

Don’t despair, it’s not easy to fully comprehend all the ideas behind the functionality of a blockchain— it takes time, patience, and dozens of cups of coffee.

Next, go to the Bitcoin and Ethereum websites and check the documentation. You will learn more about blockchain and how to develop apps using it.

Depending on your availability, you may take a look at other blockchain networks or visit Solidity documentation to learn about smart contracts and how to become a blockchain developer.

This article only scratches the surface—Web 3.0 is a huge topic that updates every day. It’s almost impossible to keep the same rhythm, but you don’t have any choice if you want to stay relevant.

Are you interested in reading more articles about the upcoming advancements in Web 3.0? Are you fascinated by Blockchain, bitcoin, or Ethereum? Please let us know and we will keep posting articles on the subject.

Daniel is a blogger and Internet marketer ready to create valuable, actionable, and interesting content for your website. He is in love with WordPress and Internet Marketing. You can get in touch with him by visiting his portfolio – Daniel2Writing.com. 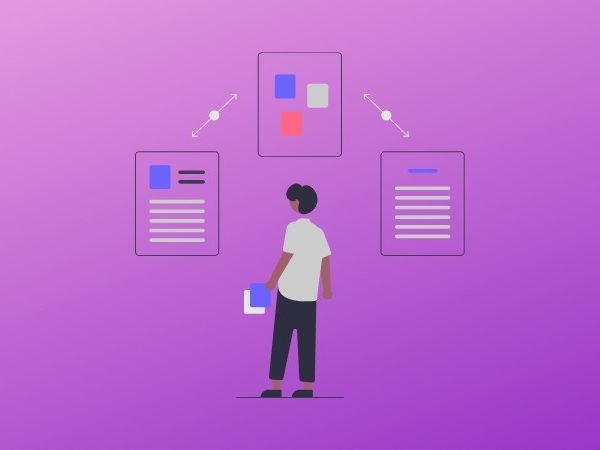 How to Optimize Your Marketing Automation Workflow 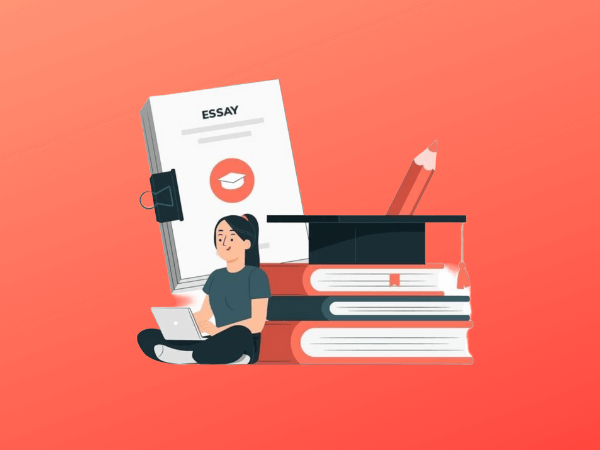 Want To Polish Your Writing Skills – Use These Helpful Tools 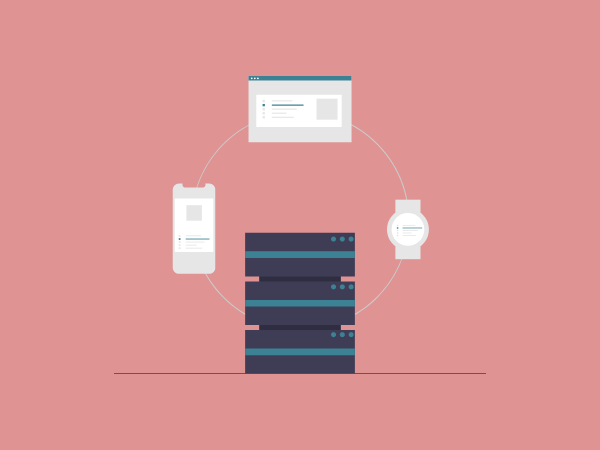